PR stunts and unique campaigns have been used by celebrities and businesses alike since before the term “public relations” was coined. Publicity stunts have continuously proven to be the best tactic for generating word of mouth and grabbing the publics attention, but in the age of social media and the 24-hour news cycle, it’s easy for new products, campaigns, and causes to get lost amid the sea of information we’re exposed to every day.

These days, if businesses and organizations aren’t creating a buzz, then they’re not getting the exposer they need. Celebrities and organizations consistently look for new and noteworthy tactics to grab the publics’ attention, and 2019 were chock-full of both jaw-dropping and cringeworthy moments that had everyone talking.

Released in January of this year, Gillet’s short film titled “We Believe: The Best Men Can Be” highlighted bullying, sexual harassment, and the harmful behaviors that are often perceived as “masculine”. The ad was directed by Kim Gehrig and was meant to ask men to hold one another accountable for their actions and act as positive role models for the next generation of young men. The video sparked major debate online, but with over 32 million views on YouTube and thousands of mentions online, Gillet succeeded in making a statement.

2.Greta Thunberg’s Musical Debut with the 1975

On a track called “The 1975”, the 16-year-old environmental activist we have all come to know and love draws attention to the effects of climate change and calls for action against the climate emergency. The song was anything but traditional while it featured an emotional monologue from Greta Thunberg over an ambient background. The single was produced in collaboration with The 1975 to engage their massive following in the fight against climate change and spread awareness of the efforts the 1975 and their label, Dirty Hits, to minimize their environmental impact. At Greta’s request, all of the proceeds from the track will go towards the non-profit group Extinction Rebellion. The song has been played over 2.8 million times on Spotify. 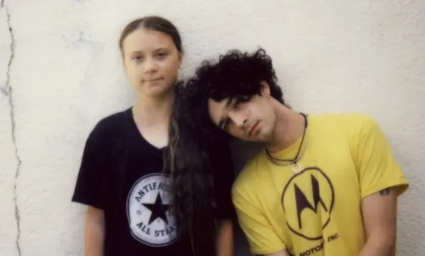 3. The Fiji Water Girl at the Golden Globes

The Fiji Water Girl, now revealed to be Kelleth Cuthbert, stole the show at the Golden Globes this year after posing in the background of celebrity red-carpet shots, holding a tray of Fiji Water bottles. The model, who was sponsored by the water brand, managed to photobomb major celebrities such as Jamie Lee Curtis, Idris Elba, Nicole Kidman, and many more. She quickly became a meme online after making it a point to stare directly into the camera, proving that sometimes it doesn’t take much to draw the limelight.

If you’re someone who spends any amount of time on social media, I’m sure you’ve heard the fan theories about the happy couple, Camila Cabello and Shawn Mendes. Buzz of the young celebrities’ relationship was sparked in early July – days after releasing the music video for their song “Senorita”. The timeliness of the couple’s intimacy and the fact that they always seem to be “caught” on camera has many fans believing that their PDA is planned. The couple continues to deny any rumors, but many fans and people online believe the Mendes and Cabello’s relationship is a PR stunt meant to draw attention to “Seniorita”. 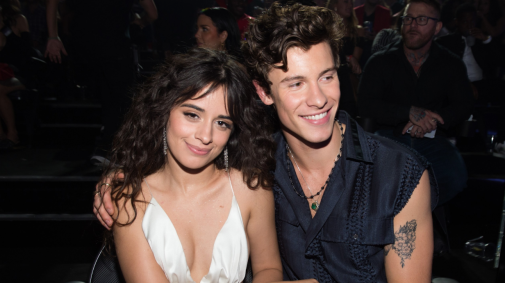 Whether the rumors are true or not, their relationship has brought massive attention to both stars and their single that has managed to stay high on the billboards list since its release in the summer. If you haven’t seen the video Mendes posted on Instagram poking fun at how they “really” kiss, I suggest you do. The video received over 10 million likes on Instagram and although it was meant to shut down the haters who have questioned the legitimacy of their relationship, somehow it managed to make it things look a little stranger.