Skip to content
Although the use of social media has become a requirement in the public relations field, it can also have its downsides.  Not only does the rate at which information disseminates make a PR professional’s job even harder, but controlling public discourse has become nearly impossible. 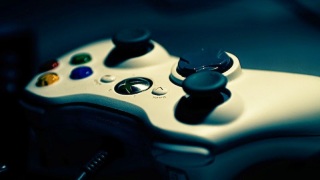 The recent GamerGate issue is a perfectly example of this. What started out as an attempt to expose a gaming journalist, Nathan Grayson, for supposedly giving a female game developer, Zoe Quinn, a positive review of her game simply because they were thought to be dating, snowballed into many women within the gaming industry coming out against the sexism within the industry and within the games themselves. The resulting hash tag, GamerGate, came about as a response to those women that were speaking out, sometimes harassing them via Twitter and even sending them death threats.
Among some of the people that spoke out about the gender issues in today’s games were Arthur Chu, a former Jeopardy contestant who has been published in many places online discussing the issue of sexism in games, and Ian Miles-Cheong, editor-in-chief of Gameranx, a popular gaming magazine.
A statement that Cheong made made him the target of GamerGate, however the people of the movement didn’t attack Cheong on twitter, but rather Arthur Chu, the completely wrong person.
This is where it get’s interesting for public relations professionals. How do you represent your client in a way that clears their name entirely when in order to do so you would have to find a way to address every single person that attacked your client on Twitter? That’s borderline impossible, especially when most people involved with GamerGate remain anonymous, using different usernames and e-mails to mask who they are. How can you change the audience’s view about incorrect facts when you don’t even know who your audience is?
The answer is, you can’t. Social media at its best is a way for public relations professionals to do their job, to interact with their audience and to present consistent branding. Social media at its worst means almost a total lose of control for public relations professionals.
What do public relations professionals do when the one tool they use the most turns against them? Let us know how you would handle this situation as a PR professional in the comments!
This guest blog post was written by PRowl staff member Hannah Litchfield.

1 thought on “Misuse of Social Media Spells Trouble For PR”