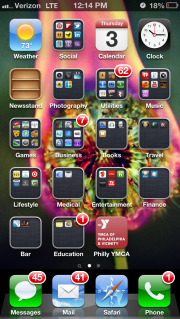 You fall asleep to it every night, and you wake up to it every morning. You obsessively check on it through out the night, and sometimes it even wakes you up. No, it’s not your significant other or your child – it’s your smartphone. A New York Times article written by Tanya Mohn, “Silencing the Smartphone” discusses how companies are making resolutions to wean their employees off their smartphones by adopting in office policies.

More and more companies are adopting these technology policies in order to keep employees alert, refreshed and balanced. A nationwide survey of 2,254 adults found that 44 percent of cellphone owners had slept with their phone next to their bed and that 67 percent had experienced “phantom rings,” checking their phone even when it was not ringing or vibrating. Contrary to popular belief, these habits actually undermine productivity. In order to combat this vicious cycle, the Chief Executive of Empower Public Relations in Chicago, Sam Chapman, has enforced what he calls a, “BlackBerry blackout policy”. From 6 p.m. until 6 a.m., both Chapman and his employees turn off their smartphones. Chapman stated that the policy has increased company productivity and morale.

Still, one of the best pieces of advice I took from the article was from a founder of a startup company who said, “Just because you can e-mail at 2 a.m., doesn’t mean it’s a good thing”. I’m not recommending we all go cold turkey but we can probably all agree we should put down the phone every once and awhile.

My name is Cori and I’m addicted to my smartphone, are you?